I’ve recently subscribed for another month of Eve Online. I played a long time ago, and quit after space life got extremely boring and lonely. Last time I logged in, I did so with 4 friends during a discount period. What I write here are my personal thoughts, and some echoes of these long gone pilots. Once my gaming friends left Eve, everything changed. Why the game didn’t appeal to them could fuel a discussion on its’ own.

Warning: I am mostly a Dota player, and used to be Tribes player. I like hard games. I love challenges. I don’t know what should or shouldn’t be expected from the game developers of such a huge game. So I will speak honestly and bluntly, but I wouldn’t want my views to be interpreted as an attack to CCP. It is not, just an honest opinion.

I was extremely excited when I decided to subscribe again. Eve is a game I follow a lot, that captures my imagination and brews some of the best online multiplayer stories I’ve had the chance to read. It is a massive universe with wonderful lore. It is natural one wants to be a part of it.

I was greeted with the same old UI, clunky but functional. Not much has changed since I played last year, other than the UI performance issues I was having back then weren’t fixed, they are actually worst. I shrug that off and find a nice pew pew newbro corp, since I don’t want to be in the same situation as my last adventure. It is true that joining a corp is essential to have a good time in space. CCP relying on its wonderful community alone to drive player retention is quite ridiculous though.

Not much has changed

So what was I expecting this time around, I ask myself? Unfortunately, I will miss the “Buy Fit” option, since I wont be subbed for that feature. I was hoping I could have fun. Yes, that is what I was aiming for; fun, and a challenge. I want to shoot stuff, so PvP all-day and that jazz. I am also a stickler for Industry, even though I am not supposed to do that because pew pew skills and lets not have fun OK!

Multi-Buy and Buy Fit are both quite exciting. #10yearsinthemaking

Now I remember what it was like when last I quit. Don’t have an alt? Can’t play. Didn’t buy a high SP character? No fun shooting stuff. Don’t want to spend more on PLEX? Gg wp.

Eve suffers from a very unique problem for a subscription based game. On iPhone, hidden fees and in-app purchases are common and rampant. With Eve though, you are sold an unfinished product. One you can not use on its own. One you cannot have fun with if you don’t pay extra. One that is broken, if you don’t have an alt - or two - or three. It is in the interest of CCP to keep it that way, and isn’t evil in itself, since 2 subscriptions would be approximately 45$.

The problem is in the newbro perception of their recently purchased space battle game. The first thing you will be told, once you buy the game, is you have to buy it again, and “oh BTW I have 7 alts”. Wait wut!? I would like to shoot stuff and do some market and build things and PI looks fun… No sir! Choose something and that is it.

It is good to rant a bit on the marketing and alt “problem” of Eve. I believe there are simple ways to fix this, and I want to present a few idea in an effort to keep this constructive. These may be broken or exploitable. I believe acknowledging you cannot play Eve with a subscription is actually a problem, may be a first step to populating space with newbies you can shoot.

CCP might simply want to reconsider the base price of the game, and offer 2 characters per default on new accounts. Guiding players to have 1 character for pew pew, and 1 for industry/marketing/ISK related mechanics.

You might rethink the Skills and how they effectively prevent you from enjoying the full game. Spy alts **should **be a thing, 1 alt per gameplay mechanic **should not. **Let me suggest a crazy idea of parallel skill training!? First, how much Eve should you be allowed to enjoy with a 20$/month subscription? I will suggest you need a minimum of 2 things, 1 about shooting stuff, 1 to make ISK. So no PvE ISK farming if you don’t like that, you can choose something totally unrelated. It would be completely controversial to allow parallel skill training in 2 *different *areas, which is perfect since we all love bitter vets raging on Reddit :)

In the end, whats in a game? What **should **you be allowed to do with a subscription? What **shouldn’t **be behind a pay-wall? I can guarantee newbros want more than what is currently offered. This in turn, makes Eve very annoying. You are promised space glory and wonders, but really you can’t do that because hey, don’t train exploration stuff on your PvP char ;)

What do I want from a “hard” game?

I’d like to use the simplest example of a hard game to fuel this discussion, Super Meat Boy. It is unforgiving, quite hard and requires a lot of practise. I played the hell out of it, just like many gamers who like a challenge. Another recent title in the “hard game” category is Wings Of Vi, which is completely outrageous in its skill cap. Now all these games have a common design goal: push the limits of players. This makes ace-ing a level, or just finishing one in the case of Vi, extremely rewarding.

Eve Online predates the somewhat recent hard game trend, but it also rules over that category. It is common gamer knowledge that “Eve is the hardest fucking game ever, period”. Whether this is true or not is irrelevant. If you like challenging games, one day or another, you will be attracted to Eve. What you will find though, is not quite what you expected. First you will be overwhelmed by information, thrown at you from every corner of space, then you will die, because you suck. Good, that’s good! Exactly what you expected, even what you wanted. Then, as time goes by, you will most likely set a personal goal just like you do in Super Meat Boy: “I want to solo kill someone” or “I want to be the best logi” or “I want to be a good scout” etc.

Then you start practicing, wait what? **You cannot practice in Eve. **Let me emphasize that bold statement again, there is no practice in Eve. How do you get better then? It is simple: “You do boring shit, to make ISK, then spend days preparing ships, try to ship stuff all over the place, and maybe 1 night per week, you will be able to practice X path you chose”. Now if that doesn’t sound annoying as ****, I don’t know what is. There is so much tedium involved in “having fun” or improving in the game, I don’t even know where to begin. Of course it is amazing that all actions have real repercussions. What is not so great is the game fighting against you and your goals, whichever they are.

My point is, that hard games are focused on truly skillful plays, and encourage you to perfect your reflexes and knowledge. In Eve, this is absolutely true during combat, but the reality is that the game makes it *hard to get good. *It is more likely your transport ship gets ganked while shipping your modules to you, than you get a chance blowing them up yourself while practicing combat. The game imposes virtual limitations to make it annoying to get good at it. This becomes very apparent once you start understanding combat.

Does a solution even exits?

What I just described is the basis of Eve Online. What makes it special, giant and unforgiving. I once thought “matchmaking dungeons” or a similar concept could fix this problem, but CCP already tried that on Duality and the response from players was lacklustre (at 6:30 in the video).

I think this is probably one of the most common complaints and known issues with Eve. I will leave it to CCP, who do seem to be aware of the problem, to improve our “practice time” and reduce the “annoyances time” ratio. I also believe **a lot **of the upcoming features are geared towards improving fun time.

I want to quickly touch on something that affected me, my friends and even very experienced players. Of course I am no expert and was very surprised when I heard this:

Throughout the Black Legion drama involving Elo Knight, these very knowledgeable players were faced with the same problem a new player will face when he decides to stay in New Eden: moving. Not flying around, but actually relocating your personal HQ. This isn’t hard, it is tedious and annoying. I don’t believe I need to go in much details, since everyone has had to move someday, and everyone probably had the same disdain reaction. Or you can stay in your rookie system forever.

I don’t believe I hold the perfect answer, but let me propose a solution. Just like moving in a new home, Eve could potentially allow players to “pack up” their stuff and ships. Not like the current packaging mechanic, it is intended as a twist on the same design goal. Currently, packaging a fit ship will destroy its’ rigs and strip it of items, but also lower the volume, fair enough.

What if you could package your ships and items, so they take up much less volume than the current package system, but when doing so, your items are unusable for 1-2 weeks after a move? The goal is to make moving easier and even help pirates get better kills since transports can carry more value/m3. To make sure this is used as intended, moving your stuff to a new permanent location, moving a corp to a new HQ, items acquire a “jump fatigue” timer when transported. This renders the item useless/unsellable/non equip-able for X amount of time. All you can do with your *supa packaged *item is move it, or wait. Moving it resets the sealing timer.

How exploitable would this be? Would this encourage more preparation before fights, and if so is that bad? How mobile should corps be? Are CCP even dissatisfied with how complicated and unrewarding moving your stuff around space is?

The future of Eve 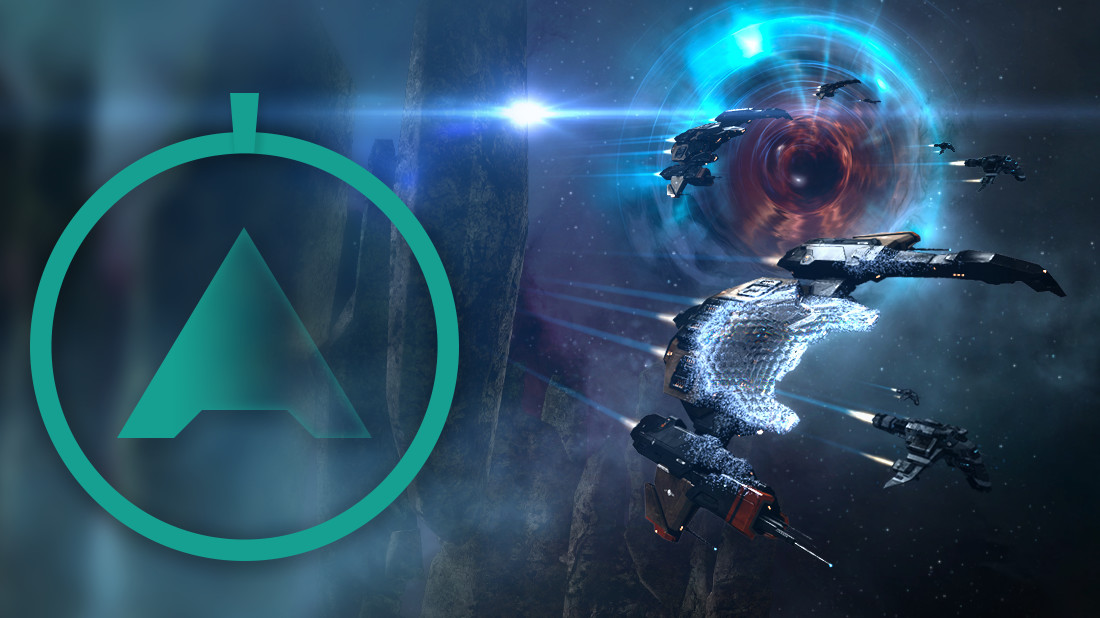 This QoL timer is definitely welcomed, and not just by newbros.

I hope the universe continues, for a long time in the future. I do feel many features and redesigns are adequate, but there is one  problem that all new players will face. It has been dubbed “Quality of Life”. CCP Karkur has done massive improvements to the NPE, not by targeting new players, but by fixing what makes Eve **annoying **to play!

I would even go out on a limb and say CCP shouldn’t even care about NPE. NPE is QoL. A team should be in charge of fixing the “little things”, all the time, every day. *That *is what affects new players the most, because anyone who tries Eve Online is well aware the game is “hard”, and this is the Ultimate Ridiculously Challenging MMO.

On this hopefully positive note: Make Eve hard, not annoying and tedious.